I wrote this blog a while ago describing how to host your own VPN server using GitHub student pack freebies to bypass the institute’s network restrictions. But it didn’t solve all my problems. Two major issues that I have since come to realize with this workaround are:

In this post, I will show how to fix both problems.

Many organizations use WireGuard, which uses UDP exclusively and doesn’t work on campus WiFi/LAN. In some cases owing to the nature of the work, you will quickly burn through your mobile data, should you choose to use it. Let alone the issue of terribly slow mobile data speeds. Of course, you can’t simply run both your personal & the Org’s VPN simultaneously on the same device and expect it to work. But the solution is pretty similar. You just need to route your work device’s Internet through another device with your own VPN enabled. A simple way is to turn on the VPN and WiFi hotspot on a personal device and connect to it on the work device.

Thanks to @sheharyaar’s detailed analysis and someone complaining (on one of the insti’s anonymous FB pages) about why Google Meet works on campus WiFi/LAN despite it using UDP, I realized there isn’t a blanket ban on UDP. Sure enough, connecting to a WireGuard server running on port 19302 (one of the ports used by Google Meet for UDP traffic as given here) worked. So, It is, in-fact possible to use WireGuard, granted it is running on an allowed port. For those interested, you can use this script to quickly install a WireGuard server on a VM.

PS: You can set up the black-list / white-list in the official WireGuard android app by clicking on All Applications on the profile settings page. 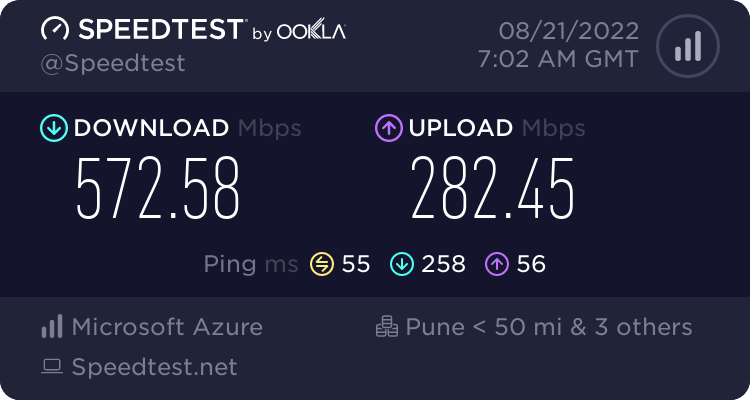 Now that we have figured out how to run WireGuard, I suspect there is a way to pass one WireGuard tunnel over the other. Thus removing the need to use a hotspot. If someone figures it out, please comment below.

How to count votes?